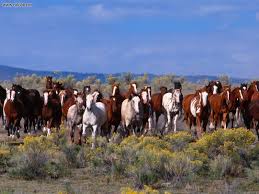 The Idaho Horse Board was created by Legislative action in 1987.  The program became effective on July 1, 1988.  The funding for this program is derived from a $3.00 fee that is attached to brand inspections of horses.  State inspectors collect this fee at the time horses are inspected.  Seven board members are appointed by the Governor with a three year term to represent a cross section of all equine related interests, including areas such as breeding, racing, competitive events, trail and pleasure riding.  Funds collected are given back to the horse industry in the form of grants to further interests in Promotion, Research, and Education.  The Idaho Horse Board must receive the grant request applications by December 1st, which are then reviewed, and funds are awarded in January of each year.

In 2000 legislative action was passed to increase the fee from $1.00 to $3.00.  The horse owners of Idaho would be allowed to vote in continuing the increased program in December 2003.  Prior to the $3.00 assessment, the Idaho Horse Board received far more grant requests than it had available funding. 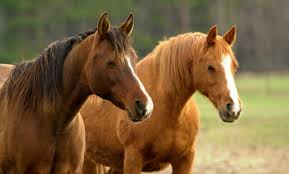 It seemed the industry’s need far outweighed the dollars that were available.  The amount of money that was granted from 1989 through 2000 averaged $9,385 per year.  After the Check Off increase was implemented, the average program for horses in the State of Idaho was the first such program in the United States with several other states following our lead.  The Idaho Horse Board has returned money in the form of grants back to the horse industry from 1989 through 2021 totaling over $541,434.

The referendum failed in December of 2003, leaving the Idaho Horse Board with a 2/3 cut in funding for grant requests. The failure of the referendum was a disappointment to the Idaho Horse Board, the Idaho Horse Council and many Idaho equestrians.  Many of Idaho’s equine programs faced major cutbacks and the possibility was that they would cease to exist.  Youth programs, trail interests, research programs and general horse industry promotions would be set aside hoping for future funding.

In December 2006 the referendum passed and the Check Off is now $3.00.  The funding process of collecting funds through the brand inspection was the first such program in the United States. Other states have installed similar programs by using Idaho as their model.